We have received numerous awards for both our community engagement work and for our theatre production work. Below are a few examples of the awards we have received from a wide range of sources. 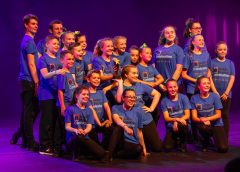 On the 3rd June 2018, Enter CIC participated in the Junior Theatre Celebration which took place at the Curve Theatre, Leicester. We had a very early start as our young people arrived at The Enter Centre at 5.00am in the morning! We then embarked on a 3 hour bus journey to Leicester! We arrived at […] 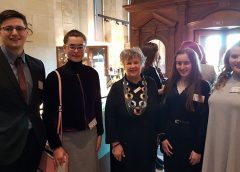 We are delighted to announce that Enter CIC have been awarded a prestigious High Sheriff Award in recognition of the work we conduct in County Durham and surrounding areas. Representatives from Enter CIC attended the High Sheriff Awards 2017 event last night which was held at the majestic Bowes Museum, Barnard Castle. The event provided […] 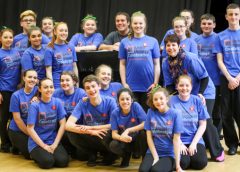 Another First for Enter

On Sunday 12th March 2017, Enter CIC participated in the inaugural MTI Europe Junior Theatre Celebration at the Curve Theatre, Leicester. This event provided an opportunity for groups from across the country to come together and celebrate musical theatre as an art form. Enter CIC were delighted to be representing the North East and Durham […] 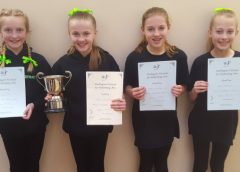 Enter CIC have had an exceptionally busy weekend. We are delighted to report that on Saturday 11th March 2017 a number of our students participated in the Darlington Festival of Performing Arts. Our students competed in an array of different classes and their hard work in the lead up to the festival was rewarded. We are pleased […]

Pictures from the Chairmans Medal award evening. Click on an image to enlarge. .