When we first entered the Royal Navy Museum, we were greeted by our guide for the day, David. After a quick introduction to the team, he led us through the museum to the WW1 section.

The museum focused on the Hartlepool bombings and had some interesting information on the people who lived in Hartlepool at the time.  We watched a documentary style projection which was voiced by an older gentleman. The projection provided an insight into World War 1, such as the development of chemical warfare and women beginning to be employed in ammunition factories whilst the men went off to fight on the front line.

I learnt that 1123 people were injured and affected by the bombing.  One hundred and fourteen of these people were civilians who died during the attack, whilst nine soldiers died. The other nine hundred civilains were seriously injured. Injuries included loss of limbs, shrapnel stuck inside the body, damaged organs and other long-term, or irreversible injuries.

The sheer number of people that were affected in the 50 minute attack surprised me. I hadn’t expected this kind of devastation on home soil.  Many of those who were killed were young children. The youngest child was just six months old! It’s difficult to imagine that during the course of one morning, adults, children and the elderly who were going about their day to day activities   suddenly found themselves under fire! The front line had come to their home town.  I can’t imagine what it would have been like to observe  friends, loved ones, even children being killed in such an awful event! It really makes it very clear why the Hartlepool bombings should never be forgotten.

Another interesting piece of information related to the first British Soldier to die on British soil. The soldier was called  Theophilus Jones and prior to signing up for the Durham Light Infantry, he had been a passionate headmaster of a local school.  A man of the community, when the war started he withdrew from his teaching role and enrolled into the DLI and was stationed in the battalion at the time of the attack. He was killed during the bombing, the first bomb sent iron shrapnel into his body and mortally wounded him. As many as 500 members of the local community attended his funeral.

The final artefact that caught my eye was a clock which was struck during the bombardment. This clock broke upon impact and to this day still details the exact time the bomb struck Hartlepool’s. 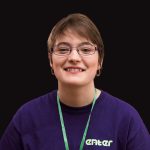